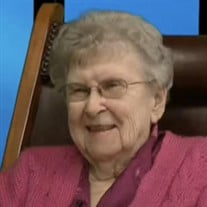 Ophelia Pitre Lefort, 94, a native of Galliano, LA and a resident of Golden Meadow, LA, passed away on Monday, February 28, 2022. Visitation will be from 9:00 am until 11:00 am on Tuesday, March 8, 2022 at St. Joseph Catholic Church, Galliano, LA. A Mass of Christian Burial will be celebrated at 11:00 am with burial to follow in the church cemetery. She is survived by her children, Wanda Mayon Curole, John P. Lefort and Donna Lefort (Gregory Smith); grandchildren, Anthony Curole Jr. (Kirsten), Jay Curole (Amy) Jess Curole (Angelle), Jenny Hillman (Jeff), Erica Cantin (Patrick), Sarah Perrero (Paul), Elise Howell (Charles), Monique Duffy (Terrence) and 23 great grandchildren. She was preceded in death by her husband, Pershing J. Lefort; son, Nolan J. Lefort; parents, Elfer and Romela Pitre; brothers, Dudley Pitre and Eugene Pitre and sisters, Adeline Pitre and Georgette Pitre. Ophelia was a skinner, secretary for Dr. William S. George, secretary for LCO and was an artist and art teacher. She was president of Les Artistes Du Bayou. She was featured in several documentaries on the heritage of Cajun living. She and her husband restored the original Teacherage at 285 Industrial Park Road. She was a member of the Cajun Heritage Carvers. She was instrumental in the passing of the Proclamation of Cajun Heritage, a yearly program dedicated to the preservation of our Cajun Heritage and history. Please join us for a celebrated of Ophelia’s life after the service at 131 Cajun Drive in Larose. Falgout Funeral Home is in charge of arrangements.

The family of Ophelia Pitre Lefort created this Life Tributes page to make it easy to share your memories.

Ophelia Pitre Lefort, 94, a native of Galliano, LA and a resident...

Send flowers to the Lefort family.