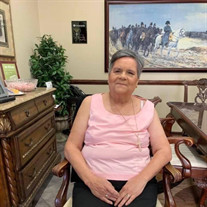 The family of Mrs. Marie Delores Creppel created this Life Tributes page to make it easy to share your memories.

Marie Delores Creppel, 75, a native and resident of Houma, passed...

Send flowers to the Creppel family.