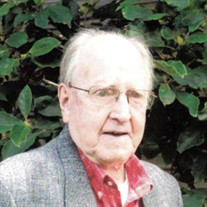 Jack Kenneth Smith Jack Kenneth Smith, 98, a proud Veteran of the United States Marine Corps, and a long-time resident of Lockport, Louisiana, passed away in League City, Texas, on Saturday, February 12, 2022. At the time of his passing, Jack and his wife were living with his son’s family because of damages to their Lockport home by Hurricane Ida. Visitation will be held Saturday, February 19, 2022 at Falgout Funeral Home, 600 Church St., Lockport, LA 70374 from 10:30 -11:00AM. Funeral Services will begin at 11:00AM. Burial to follow at Holy Savior Mausoleum. Jack was the son of Dallas Clifford Smith and Bessie Gladys Howard Smith. He was born on September 8, 1923, in Shidler, Oklahoma. He grew up in Troop, Texas. Jack attended and graduated from Golden Meadow High School in Golden Meadow, Louisiana. Although he was awarded a full academic scholarship to Tulane University, he enlisted in the United States Marine Corps in December 1941. He attained the rank of Lance Corporal and participated in amphibious assault landings against the Japanese at Gavutu and Tanambogho, Guadalcanal and Tulagi in the South Pacific. He was awarded the Purple Heart for combat wounds sustained on the island of Guam. Following his military service, Jack spent many years working in the oil field. At the time of his retirement from the active work force, Jack was employed by Edison Chouest Offshore where he served as the insurance and office manager. Jack enjoyed wood-working and became a quality craftsman, creating and making beautifully-designed and treasured pieces of furniture and accessories for himself and his family. Jack was preceded in death by his parents, his brother William (Bill), his sister Mildred (Millie) and his daughter Rebecca (Becky) Jane Smith Edwards. Jack is survived by his wife of 77 years, Betty Freeman Smith, his son Ted K. Smith and wife, Katherine Elizabeth Breaux Smith, and his son Cliff B. Smith and wife, Vickie Moore Smith. He is also survived by his six grandchildren, thirteen great-grandchildren and two great-great-grandchildren. Falgout Funeral Home is in charge of arrangements.

Jack Kenneth Smith Jack Kenneth Smith, 98, a proud Veteran of the United States Marine Corps, and a long-time resident of Lockport, Louisiana, passed away in League City, Texas, on Saturday, February 12, 2022. At the time of his passing, Jack... View Obituary & Service Information

The family of Jack Kenneth Smith created this Life Tributes page to make it easy to share your memories.

Send flowers to the Smith family.