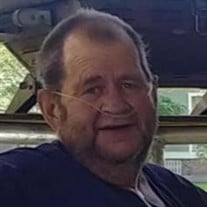 Garry A. Plaisance, 60, a native and resident of Lockport, LA. passed away on Sunday, August 22, 2021. Visitation will be from 9:00 am until 11:00 am on Friday, August 27, 2021 at Holy Savior Catholic Church, Lockport, LA. A Mass of Christian Burial will be celebrated at 11:00 am with burial to follow in the church cemetery. He is survived by his companion, Vicky Hotard; son, Jarret Stewart (Breezy) and daughter, Rhonda Stewart; grandchildren, Maddie, Jaelyn and Masyn “Cojo”; brother, Bobby Plaisance and sisters, Barbara Cole, Earline Chouest and Deborah Lagrange. He was preceded in death by his parents, Didier and Marceline Plaisance and sister, Darlene Breaux. Garry enjoyed gardening, trawling and spending time with his family, especially his grandchildren. Special thanks to his niece, Charlene Luna, for all her love, help and support she gave to our family. Also special thanks to the doctors and staff of Hospice of South Louisiana for their care and compassion. Falgout Funeral Home is in charge of arrangements.

The family of Garry A. Plaisance created this Life Tributes page to make it easy to share your memories.