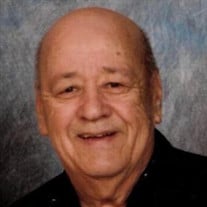 Charles Raymond “Ray” Landeche, Jr., devoted husband, father, and grandfather entered into eternal rest in the presence of his loving family on February 19th, 2022 at the age of 79 years old. Born in New Orleans on December 7, 1942, he was a resident of Luling. After graduating from Hahnville High School in 1961, he attended St. Joseph Seminary and graduated in 1964. He continued his education at Nicholls State University and received a Bachelor of Arts in History with a minor in Pre Law in 1966. Ray served in the Air National Guard from 1967 to 1973. After graduating from Nicholls State University, Ray spent the next 26 years in the banking industry, as well as other financial institutions. He served as a Bank Compliance Officer, Loan Officer, Internal Auditor, Operations Department Supervisor, and Consumer Lending Department Supervisor. He was an instructor for the American Institution of Banking (AIB) and taught numerous in-house compliance classes. He was also an honor graduate of BAI’s School for Bank Administration at the University of Wisconsin at Madison. He continued his professional career as a Senior Compliance Examiner with the Federal Deposit Insurance Corporation for 15 years. Upon his honorable discharge (retirement) from the FDIC in December of 2003, he immediately started his consultant company, Landeche Consultant, LLC. Ray and his wife Cyl served as the 2009 King and Queen of the Krewe of Lul. He enjoyed meeting people and spent his free time over the years as the President of Ellington Swim Club as well as President of The Parent Teacher Association at Luling Elementary. In his later years he enjoyed his time spent with his grandchildren and loved playing Santa Claus for family, friends, and neighbors, as well as children with special needs. Ray was preceded in death by his parents Charles Raymond Landeche Sr. and Doris Rita Benoit Landeche, and brothers Thomas Landeche and John Landeche. He is survived by his wife of 54 years Cecile “Cyl” Bourg Landeche, his son Blake Landeche, and his daughter Tiffany Bellanger (Drake), grandchildren Lucia Bellanger, Claire Bellanger, and Thomas Bellanger, and siblings Gail Naquin (Alvin), Ralph Landeche (Dorothy (Dot)), Perry Landeche (Paula), and Jeanne Arabie (Monte Sr.) as well as numerous nieces, nephews and godchildren. Special thanks to family, friends, and caregivers for their love and support. Visitation will be held on Friday, February 25, 2022, at St. Anthony of Padua Church at 234 Angus Dr, in Luling, from 10 am until service time. A Mass of Christian burial will begin at 12 noon with burial to follow in St. Charles Cemetery. A reception will follow services at the St. Anthony community center. Donations in his memory may be made to: The Alzheimer’s Association, 3445 N. Causeway Ste 902, Metairie, LA 70002. Our Lady of Guadalupe Chapel - St. Anthony of Padua Luling, 234 Angus Dr, Luling, LA 70070 St. Jude Children’s Hospital - 501 St. Jude Place, Memphis, TN, 38015. Falgout Funeral Home is entrusted with arrangements.

Charles Raymond &#8220;Ray&#8221; Landeche, Jr., devoted husband, father, and grandfather entered into eternal rest in the presence of his loving family on February 19th, 2022 at the age of 79 years old. Born in New Orleans on December 7,... View Obituary & Service Information

The family of Charles Raymond "Ray" Landeche Jr. created this Life Tributes page to make it easy to share your memories.

Send flowers to the Landeche family.